There is scientific reasoning behind this need to smell nice as well as our attraction to those with an equally good scent. According to Dr. Alan Hirsch's study at the Smell and Taste Treatment and Research Center. His studies determined human attraction is a product product of a chemical trigger called Pheromones by which triggers our physical to a deep connection to emotional triggers such as love and empathy.

How We Physically and Emotionally React to Scents

Now that we've discussed the science behind, let’s talk about the impact of scent. According to Dr. Hirsch, scents can also impact the feelings of those around us. Take for example, Eucalyptus can trigger empathy.

Moreover, scents can alter your people's perception of your physical image--- For all you women, dabble on a floral base or spicy scents you'll be seen as 12 pounds lighter! Should you wish to look 5 years younger spray on a dash of grapefruit aromas. If you want to take your dating game to the next level use lavender to allure your date. In fact, we’re actually able to subconsciously pick up out parts of another person’s DNA that make up their immune system thru a sniff. Take the Histocompatibility genes (MHC)- based on a study, it was found that our bodies tend to be drawn to people with a MHC composition that’s different from ours so that any future kids will have an immune system that’s able to fight off as many diseases as possible.

People Actually Judge You More Based on Smell Rather Than Looks

A small study out of the Monell Chemical Senses Center was able to validate this premise on the relationship of pleasant smell towards physical attractiveness.

They tested 18 young adult participants by showing them photos of female faces while simultaneously releasing one of five different odors — the worst being a mix of fish oil, and the most pleasant is a scent rose oil.

What was the outcome? Smelling rose oil made the participants perceive older faces as younger, and younger faces as even younger than they already were. Bad smells, meanwhile, were associated with negative perceptions about their physical appearances.

Perfumes exist to help us up our personal branding game. A good scent signifies a better overall positive perception on appearance and cleanliness.

What’s your go-to fragrance? For guaranteed original and best priced perfumes makes sure to check out our selections of fragrances.

The scent of your perfume: Is it related to your personality?

5 Ways to Check If Your Perfume is Authentic 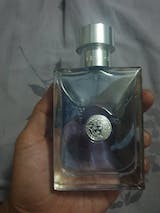 Smell’s great, however , it doesn’t stay longer on my skin even how many times I’ve spray.

love it! sobrang bango! my second time here.so happy for this item.thank you Perfume Philippines❤️

love it! sobrang bango lakas maka boost ng confidence.this is my 2nd time to order and im so happy and satisfied for this item❤️

It took me this long to discover this one I've been dreaming of. It's legit. I love it. 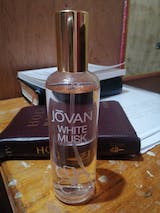