Be the first to find out about exclusive offers, new fragrance and more!

Jean-Claude Ellena is arguably the world’s most famous and revered living perfumer; known for an aesthetic philosophy of minimalism that pervades the last two decades of his work, Ellena carved an olfactory signature for Hermès that relied on transparent and legible structures chiselled with a light and delicate touch. After being anointed as the successor to Ellena’s tenure, perfumer Christine Nagel is reported to have worked alongside him for two years before taking the helm in 2016. Her first wave of in-house releases included Eau des Merveilles Bleue, Eau de Rhubarbe Écarlate, and Galop d'Hermès. Since then, Nagel has worked on another 11 projects including the new flanker of 2017’s Twilly d'Hermès named Twilly d'Hermès Eau Poivrée, launched in August of this year. The new scent without doubt presents facets of intrigue and interest, if not dulled by being rooted a little too much in nostalgia to achieve its aim of captivating a new, young generation of Hermès customers.

The brand announces Twilly d'Hermès Eau Poivrée as “spicy, floral, woody”, declaring that it possesses “the peppery spirit of a daring fragrance, coloured with vibrant pink peppercorn, tender rose and elegant patchouli … Their essences intertwine, weaving an invisible web of connection between the Hermès girls”. Christine Nagel herself is quoted as saying that “Hermès girls swim happily against the tide, set their own tempo, invent a whole new rhythm. For them I have imagined a new facet in tribute to their youthful spirit.”

A dry, scratchy spice is the first texture that hits you, zinging through your nostrils like a zesty chutney or chili marmalade. Seconds later, you regain your bearings on a dehydrated dusty rose, hidden by a pulpy silkscreen that tricks you into imagining grapefruit or rhubarb. The effect imposes a popping-candy-esque bounce to the citronellol facet of the rose, often present in the marriage of rose and patchouli, as is just identifiable in Portrait Of A Lady if you search for it. Pink pepper functions as the rough-around-the-edges cousin of ambroxan, smudging the composition with an incandescent supernova haze that lights up the dying rose in technicolour, crushing it by hand right in front of you until it’s blood red, a bit like Une Rose Vermeille.

At this point, the terracotta qualities of patchouli start to stagnate the high energy of the top, aging the kinetic vibrancy of the pepper into an altogether grainier memory of classic chypres and pressed vintage flowers. The trail is even less upbeat, turning grey by the hour and clogging up the spritely youthful details with the coarseness of nostalgia.

The notes of Twilly d'Hermès Eau Poivrée don’t do it justice. The original Twilly was creamy, indolic, and heady with a voluptuous tuberose that unraveled into powdery smooth sandalwood; the materials were the stars and their combination resulted in some unique contrasting textures, most notably a divide between granulated gingered grittiness and velvety gloss, in a very Jean-Claude Ellena fashion.

The new Poivrée version communicates the inverse: predominantly textures, with the importance of recognizing the materials taking a back seat. In Twilly number 1, each olfactory layer is stacked on top of the other in a more or less uniform fashion to form an opera cake of juxtapositions that is simple but effective. In contrast, Eau Poivrée impressively gathers materials that all sing the same tune and hyperbolizes them to be much more than the sum of their parts – the facets owned by each single material heightening the identical facets of the other materials. The spiciness of pink pepper makes the inherent spiciness of rose and patchouli even spicier; the softness of rose enables the softness of pink pepper and patchouli to be more delicately felt; and the earthy sweetness of patchouli amplifies that same quality of the pink pepper and the rose.

This dynamic of exponentially lifting the style by doubling down on the main themes creates an interesting perfumery neologism that smells great, just not particularly young.

We partnered directly with top brands/wholesalers and only sell 100% authentic fragrances.
Perfumes.com.ph is a wholly independent and separate entity from the manufacturers and brand owners of the designer fragrances we offer.

Here’s when you can expect your order: When shopping with Perfume Philippines please always choose carefully as we do not exchange, refund, provide store credits or coupons if you have just simply changed your mind or made a mistake.

We only allow items to be returned if the product itself has been damaged during transit/delivery, provided that the item HAS NOT BEEN OPENED YET.

On arrival, if the product has been damaged due to mishandling of courier during transit/delivery, we will happily offer you either a refund, store credit or replace the product. This is dependent on the fault/damage. Any authorized refunds given will be for the value of the product only not including any shipping costs that has been incurred. Any shipping costs will be charged to the customer. Please note that damage of the packaging does not warrant a refund or exchange.

We will not accept any returns without prior notification of the return and a valid receipt as proof of purchase. Please contact Perfume Philippines before making any returns or if you have any queries regarding your product via contact us page or thru our live chat.

If a product has been authorized for a return by Perfume Philippines, you (the customer) must ensure the product or products are carefully wrapped and securely packaged to avoid any further possible damage. This must be accompanied with the purchase confirmation email we sent to you. We advise you (the customer) to use a courier company that can provide you (the customer) with a tracking number and insurance for the return. The customer will be liable for the shipping cost involved when returning the product/products.

NOTE: When the return item has been received by Perfume Philippines the product/products will be assessed and you will be notified of the next steps.

Please note: Perfume Philippines does not refund, exchange or provide store credits for any reasons or requests associated with personal perfume, fragrance or cologne preference. If in doubt please do not buy. Let's make Life easy.

We only deal with genuine perfumes.

Available via Messenger Chat Mon-Fri from 9am to 4pm 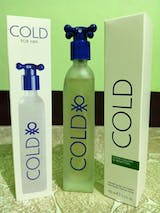 the product is authentic. love it. 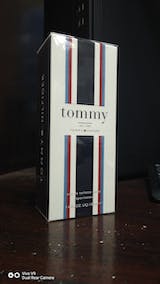 Just got it and was satisfied with my order. Thank you seller. Till next time..... 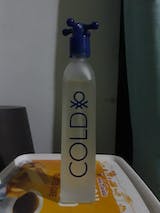 ...old school scents that made my ex-girlfriend now my wife crazy until now... 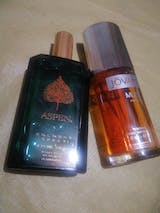 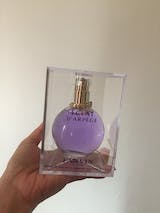